In some ways quite a simple novel, going back and forth between letters recounting the start of a marriage and the present day. Maybe it’s all the books in the story that got me hooked but I thoroughly enjoyed this!

According to Yes by Dawn French

I wanted something light but good which is exactly what this book is. It’s about a woman who runs away from her life to build a new life in New York. Not too original but with a lovely authentic voice.

How we met by Katy Regan

There’s nothing earth shatteringly new in this love story set in a grown up group of university friends, but I really enjoyed it nevertheless.

I loved this book – read it in less than 24 hours. Based on a true story (ish) it’s about a father trying to do the right thing for his ten year old autistic son. A book that will stay with tou

Heaberlin’s books aren’t highbrow but they are utterly addictive. This one was about a rape victim trying to uncover the story of her neighbour and the strange women in her small town.

My horizontal life by Chelsea handler

I enjoyed this more than I expected to. I liked her unashamed balsyness when talking about men, her family, one night stands and I liked the rawness of each mini story. It’s not the life for me but it was fun hearing about someone else’s very different choices

The Man Booker 2014 – my initial thoughts

I am always  geekily excited to see what is on it.  The year before last, I found it inspiring enough to start this blog, and read the whole Longlist, between the time it was revealed and when the winner was announced.  Last year I considered it, but didn’t.  I just couldn’t get enthused enough.  It wasn’t them, it was me.  Or maybe it was them – there were a few real duds. (The Women’s Prize was definitely them this year – what a horrible selection.)

This year, I am finding the Longlist more inspiring again, so am hoping to repeat my feat of a couple of years ago.  (ED: Ok, feat is probably an exxageration.  I didn’t climb a mountain or anything.  Maybe ‘project’ would have been a better word…)

A random selection of my initial thoughts, for your delectation (more to follow over the coming weeks…)

How about you?  What do you reckon?  Any recommendations on where to start?!

A little arrogantly, I am always surprised when someone recommends a book to me, and it turns out it is famous, but I have never heard of it.  Such was the case with the Yacoubian Building, which I am currently reading.  The novel is set in a building in 90’s Egypt and follows the sometimes interwoven stories of the various inhabitants. I was hooked from the start. As, it turns out were literally millions of others.  The book was the best-selling Arabic novel of 2002 and 2003, has been made into a TV show and a film and translated into 23 languages (thanks Wikipedia).

My friend recommended me this novel, based on my recommendation to her: The Book of Unknown Americans – a new novel about Latin immigrants who all live in a building in Delware.  Again, the novel tells the semi-interwoven stories of the families that live in the building. Again, I was hooked from the start, fascinated by the characters, their histories, the challenges they face and the choices they are forced to make in this new country.

This got me thinking that I think I have a certain penchant for books set in one building.  Among my favourites are The Glass Room by Simon Mawer (set over 70 years, in a house in Czechoslovakia) and The Affairs of Others by Amy Grace Lloyd (set in an apartment block in New York).  Although, I must admit, this love isn’t universal.  I could never get into The Elegance of the Hedgehog, although I know others loved it.

I think I like these “one building” novels like others become obsessed with books about journeys, or novels set in a certain country.  They just play to something within me.  On further thought, I think it comes down to three things.

The problem with paper books (and other stories)

So folks, it’s been a while since I have blogged.  And I mostly put that down to the simplest and most retro of reasons: I have been reading paper books. And, well, the problem with paper books is that they are much harder to mark up by theme and then follow up than kindle books.  And also, when I am doing it I feel guilty.  So… well…. I don’t.  At the same time, as discussed before, you have to be in the right mental mode to blog, and for boring day-to-day life reasons I haven’t been….

Which means I am not in a position to delve into as much detail this time as usual, but still wanted to let you know about some of my interesting recent reads.

By far my favourite was A Possible Life by Sebastian Faulks.  This was signed by the man himself (and, embarrassingly I blushed when I met him *no he’s not hot – I just respect-love him).  Anyway, I have pretty much enjoyed his previous books.  But as with so many novels which everybody raves about (see ref. The Goldfinch) I found Birdsong long and over-rated.  But this book was…wow.  Really it is a novel of long-ish, short stories with a slightly Ian McEwan bent, as they focus on what might have been.  That’s what ties them together, rather than actually knitting together as one narrative.  But they are just unbelievably beautifully written, you live the lives of each unique character right alongside them, whether in the 17th Century or the future.  I read it in a weekend, in the sun, and wish I could read it again. 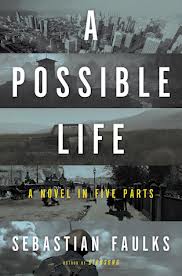 Unexploded by Alison Macleod had moments of genius.  At times, I was completely engrossed in Second World War Brighton.  But overall the book just felt a little facile, trying to elevate conventional middle class concerns and challenges by setting them in a more dramatic time.  The most interesting elements (for instance the internment camp) were not sufficiently developed, and the principal protagonist didn’t have a very strong voice.  I know this because I struggled to decide what she looked like, which you can always do if someone has a well-developed voice (although you may not agree with others, which one of the many reasons on-screen adaptations can be problematic).

I am still not sure how I feel about The Hive by Gill Hornby (sister of the more famous Nick).  In some ways it is quite similar to his novels, entertaining yet accessible.  But at the same time it just didn’t hit the mark.  Firstly, I think it over-sold itself.  The quotes on the front cover make you think it is a work of great new thinking and genius, which it is not.  Secondly, it plays on “the hive” concept too much, which gets repetitive. And finally, it is just too “social commentary lite” for me.  It tried to tell the story of maternal competition in a way which ‘makes you think’ and yet it doesn’t really.  Or it didn’t for me.  Instead it just made me hate most of the mothers, and fear the day I am one day a mother myself, waiting at the school gates.

Now I’m back to the kindle, so more to follow soon.

What I think about when I am blogging

As with all things, the blog and I go in waves.  Sometimes I love doing it, sometimes it feels like a chore, and sometimes (well, like recently) I just don’t bother at all.  At the start, I used to force myself to blog, but then I did some thinking and I realised two things: 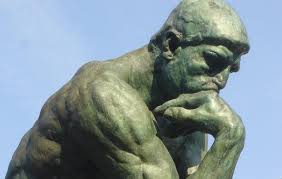 The latter point, more than my new acceptance of occasional laziness, has led me to reconsider my blog.  Instead of blogging about everything I read (because how much do you really want to read about books I hated, or more frequently, about books I think are just a bit meh?) I am only going to blog about books I would recommend, for one reason or another (NB. no, pedants, this doesn’t apply to reading projects.  If I try and blog the whole Man Booker List again this year, you will get my opinions on all of it warts n’ all.  But please judges, I beg: no. Will. Self.)

Having thought a bit about it, a book must be one of three things to be worth a recommendation:

Some books have all three of these things, but must don’t.  I think one is probably enough.